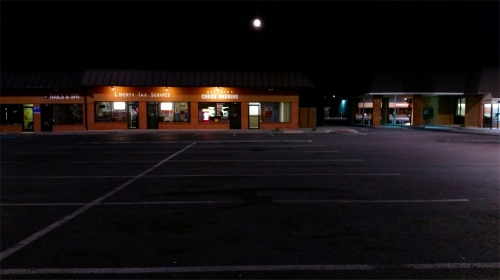 The stray cat appeared in our yard making
the most mournful sounds. Last year’s
dead leaves were caked on its black fur;
dirt covered its paws. I thought it was dying,
but my daughter said let’s feed it, and it came
back the next day. Sounding less mournful,
it was hungry for more. We gave it dry food
and water, started calling it a he and he started
to look at us more, and came up from the yard
to the front porch. Every day, we fed him,
and he started rubbing against my shoes,
the bottoms of my daughter’s jeans when
we sat on the porch on sunny afternoons,
waiting for my wife to get home. His sounds
weren’t mournful, now, and when he looked up
at us he wasn’t always hoping for food. Soon
he looked strong, and we placed a cat bed
on the porch and in few days he began
to use it. Our seldom sober but nice neighbor
said she saw her running around in heat late
one night just the other week. That’s when we
discovered it was a she not a he. My daughter
named him Chocolate Drop, after the string band,
the Carolina Chocolate Drops. She had seen
them play live in concert and remembered them
fondly; she could almost hear the sound of a banjo
and fiddle in Chocolate Drop’s deep-toned purr.
Me, I still have trouble remembering to say she
instead of he, and her instead of him, when I talk
and when I write or even when I think about my
daughter’s new adopted cat. Still, I like to imagine;
I wonder about things that may one day rise slowly
from beneath dry, brown grass; the beautiful sights
made visible by the drifting off of clouds, and the
slow telling of tall tales under the hunter’s full moon.