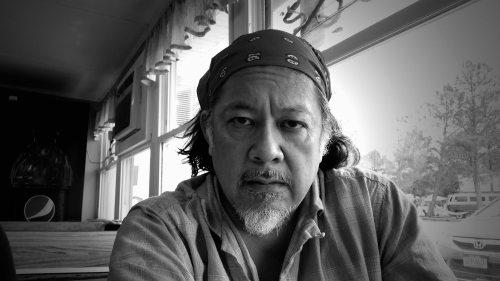 Whenever I think about fatherhood
I can’t help thinking that
each time I’ve become father to a child
I’ve managed to dodge that really hard
part at the beginning. If
I were the one who had to carry
a child and have it come out of me
I can tell you I’d be screaming in pain
like the most insane
motherfucker on the planet
on the day of its birth.
Fuck, I’ve seen photographs
of crime scenes
with less blood, less stress,
less sturm und drang
than a goddamn birthing room.
Still, who else but a mother
could challenge me when I take
on that tone of voice,
could tell me when I say that I’m suffering
that my suffering has only begun
and that my suffering ain’t shit
compared to what she’s gone through
and isn’t it about time I stopped
being such a bitch?
Endurance is a mother raising her child,
fatherhood is driving slowly in a fast car
when you’re an hour late and
a loud song that makes you want to pump your fist
then play air guitar
is playing on the fucking radio.
You keep your hands on the wheel
even though your kid’s in the back
screaming and ready to puke
and has a diaper that stinks and needs changing
and you keep your eyes on the road
even though you need to piss
like right now
like a whiny asshole with a tiny bladder
because the asphalt is hot in the summer,
and cold in the winter,
and you’re driving into the kind of sunset
you never see anymore except
in old black and white movies.