A Free Jazz Solo for the New Wave Sky 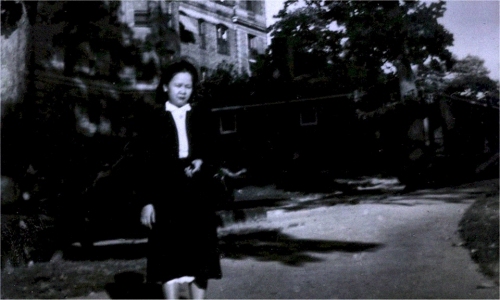 I remember playing John Coltrane’s Ascension when my mother
came downstairs with one of the women she sewed for and they
both seemed to think that the music sounded like “a dreary day,”
but one time when I was a little older the B-52s’ “Rock Lobster”
was playing and my mother started swaying to the beat, almost dancing
in the doorway of our house on Hobart Street and she turned to me
to say that she liked it and it sounded “mysterious” as she moved
her head this way then that, meaning that she wasn’t a fan of
Coltrane’s later, wilder, avant-garde, and totally free work, but
this new wave, part punk rock, retro-forward, pop sound featuring
a guitar missing two of its strings was something she could believe in.
We drank our Royal Crown cola with ice in the kitchen back in those days
when I was even younger, living in an apartment, going to school at my
downtown parochial school, and on warm days driving to the beach
when the beach was the Chesapeake Bay, not an ocean, and not a vacation,
but a Saturday afternoon when summer was a deep blue heaven
I could crawl into with my hands waving in the air like long goodbyes
as soon as the sky turned dark. And today I believe in both the true
new wave and punk rock, as well as the real outside, free-jazz sound
of John Coltrane’s later years, and I know that if my mother were
here today she would listen to it once again, seeing the clouds
scatter, watching gray turn to blue, letting the mystery begin. 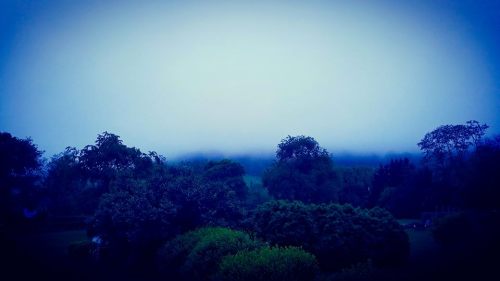 That Monday, as usual, I picked up my daughter Maggie from school, then drove over to my son Julien’s school, where she and I waited for him in the queue of cars. When the queue started to move and we picked Julien up, he sat in the back, buckled his seat belt, and asked Maggie, “How was your day?”

“Did you make any bad choices?” Julien asked.

“Are you sure?” Julien asked.

When Maggie and I asked Julien if he made any bad choices in school that day, he just laughed, which means that although he doesn’t know how to say something that sounds like an answer without actually being an answer, he does know how to act as if none of this is important. With the school year soon coming to a close, the questions, of course, have changed. Me, I always feel a sense of relief at the end of the school day, and even more so at the end of the school year. And I wonder how much less I’d know, even at my age, if I’d never made at least a few bad choices.

The next day, when Julien got in the car, he asked, referring to the music that was playing, “What is this?”

“Rahsaan Roland Kirk,” he then said, meaning that although he may forget the sources of inconsequential information, he doesn’t forget what’s worth remembering. So, even though he may not request the music of Miles Davis, Oliver Nelson, Serge Gainsbourg, and Lizzy Mercier Descloux as much as he used to, he still remembers their names and the sounds they made and the notes they hit with elegance and skill.

Last week, Heather heard that a good number of people driving by the weekly Vigil for Democracy/Anti-Trump demonstration at the gazebo here in Front Royal were giving our side the finger. Sometimes it’s a young mother or father with kids in the car, driving by and seeing signs that say something like “Trumpistan: Government by Billionaires for Billionaires” or “Trump’s Agenda Is Toxic,” then flipping off whoever is holding that sign. We’re also seeing more and more pickup trucks bearing Confederate flags around town, which means that spring is slowly making way for summer here in the valley. We’d taken a break from the demonstrations since the big one Heather helped organize in March. “But yeah,” she said. “We need to start going again. While we’re still here.” And, it’s also something to come back for from time to time.

Last week, it rained most of the time. Last week, on the way to a doctor’s appointment in Winchester, we took Gun Barrel Road again, but parts of it were so flooded we almost had to turn around. Last week, I could hear our neighbor yelling at someone in the rain. Last week, I heard the sound of rain on the tin roof at night or in the afternoon or in the morning and the rest of the time, when I didn’t hear it, I was waiting for it. Last week I didn’t feel well for a few days. Last week the world seemed to smell sour and dank without interruption. Last week even laughter felt heavy. Last week was like that.

Later in the week, though, Maggie hooked her phone up to the car stereo. While we waited for Julien to get out of school she played East River Pipe’s “Life Is a Landfill” and Stereolab’s “Come Play in the Milky Night.” They were songs I would have played, too, but because she was playing them she was OK with them being played loud, so she played them loud and I was OK with that. I listened to the words, “Life is a landfill, baby/ All this garbage piled high/ Black dove filled memories/ Secret wishes to the sky.” They’re sad words, yes, and the music is sad, too, but it all adds up to something beautiful. “Come Play in the Milky Night” is a much more upbeat song, but it has no words. We listened as we watched the monster truck in line ahead of us.

“Don’t you wish I could pick you up from school driving a monster truck?” I asked Maggie.

“You’d be proud,” I said, and we kept on listening to the music. When the queue started moving, we pulled up to see Julien giving us that look that says the distance from wherever we are to home is decreasing. It’s a relaxing of the brow, that rapid eye movement from squint to revelation. It’s a smell of roses that somehow don’t make you sneeze.

On Friday, Heather worked from home. I took a break from work in the morning and sat down on the sofa right before Heather went out to do an errand. Pretty soon I was asleep. About an hour later I woke up to see some tiny girl walking in the door. I didn’t know who she was. She was as small as a baby, but she walked straight and smoothly like a girl on a box of salt, waiting for all that white stuff to dissolve. I started to get scared, though, wondering what this little girl was doing in our house. That’s when Heather walked in the door, and the odd little girl was gone. I figured that I must have been dreaming. Dreaming because we are animals. Dreaming because every story we tell is a story about ourselves, full of details we’re surprised we remember, details we know and details we don’t know. Dreaming because having a story to tell is like having sharp claws, and a quick swipe of language can draw blood. Sometimes I feel like I need a bandage all around me. Sometimes I feel as if I’ve just seen a ghost.

On Saturday, we found ourselves in Paris for a performance of selections from La Boheme. What was surprising about this was not that we were seeing opera out here, but that after living in the Shenandoah valley for ten years, this was the first time we had ever been to Paris. We hadn’t planned on it. We’d only heard about this performance an hour before it was set to begin. Maggie had spent the day with some of her friends from her old Montessori school. They were about to drive off from our house when one of them said, “Oh, do you want to go to Paris to see these opera singers?” A few minutes later, that’s where we were headed—east on John Marshall Highway, a left on Pleasant Vale Road after passing through Markham, then north on Winchester Road to Paris, Virginia. And though in Front Royal the rain had cleared, in going to Paris we were heading right back into it. But because we were going to the opera we were OK with that.

In Paris I took a photograph of Julien listening to opera for the first time. He was suspicious at first. It was like riding a two-wheeler for the first time—you’re not sure if you can do it. During intermission we all went next door to the Paris Apothecary. It’s run by our friend Susan, and she sells herbs, spices, tea, coffee, shrubs, wine, elixirs. It was a good place to take shelter from the week. When one of the opera singers came in and walked by we said hello. When she was gone, Julien asked, “Is she famous?”

Heather and I shared a glass of wine and Maggie ate a banana nut muffin, but all Julien wanted was water. Like a river. Like the light rain that was still falling outside. All he wanted was water, and as he drank it he had a look in his eyes that seemed to say that the distance between here and home was diminishing with each sip.

Photograph (of the mist in Paris, Virginia) by Jose Padua

I ponder
as of late
the manner
in which
living ages us,
how we age
in order
to live,
to become more
of what we
are destined
to be and
how in
the artful
acquisition of
wisdom and grace
we tend to
become soft and
malodorous like
really good
cheese.