The Philosophy of Flowers v. the Speed of Life

It was probably the day before my dad died that I brought in from the car the September 2011 issue of Poetry, in which I found the card he had given me for my birthday in December of that year. On the cover was a simple, tasteful painting of a flower on a stem, and the card said, “Son, wishing you days of endless wonder, inspiring dreams and new adventures, and quiet moments for reflection. May your birthday bring you every happiness. Enjoy,” and it was signed, “Love, Dad.” Not too bad as far as commercial greeting cards go. And, of course, the best thing about it were the two words my dad wrote.

As for the issue of Poetry the card was in, it included a wonderful poem by Reginald Dwayne Betts that ends “All these words/for love (for you), all these ways to say believe/in symphily, to say let us live near each other.” One afternoon last spring I read this poem to Julien while we waited in the car for Maggie to get out from school. I remember that Julien enjoyed my reading of the poem and may have said “ah!” or “again” or “more.” I probably have it written down somewhere because not a day goes by anymore when I don’t write down at least some of what happened. The poem was called, “For you: anthophilous, lover of flowers.”

Me, when I lived on Avenue B in New York, my apartment was above a laundromat, but next door was a flower shop that my landlord ran. I doubt that I ever had any flowers in my apartment, but whenever it was time to pay the rent I went into the flower shop with my check, and I remember always marveling at the flowers in his shop.

The only other connection with flowers I remember from that time is when I was sitting in Washington Square Park, sitting back lazily on a bench with my legs stretched out. Suddenly this tough-looking kid walked up to me and asked, “You heard of Guns N’ Roses?”

I went ahead and nodded and said, “Yeah.”

“Well then,” he said, “here are the roses. You got the gun.” He then threw a bunch of roses down at my crotch, and walked off. I didn’t know if he was some weird sort of angel with a mysterious message sent down to me from the heavens, or just another pissed-off asshole with a story he didn’t quite know how to tell. Probably the latter, but still, the hidden meaning of having roses thrown down at my crotch occupied my mind for a while. I still have no idea what it means, or if it harmed me or healed me somehow.

This is a photo of some sort of metallic flower that adorned a ride I went on with my daughter Maggie in Ocean City in June of 2012. Because it’s artificial, I dealt with this flower much better than I do with real ones, which make my eyes water and make me sneeze. When we have flowers in the house, as we do now with some of the flowers from the funeral, I place them all in the parlor, so I can visit them, as it were, then walk back to another part of the house whenever I need to get away again.

I think that so much of the pace of life is simply about the breeding of regret, about creating a gap during the day that takes the place of expression. So many people have no idea how to talk, no idea how to listen: there are too many games to play, too much money to be made, and so many things they don’t want to think about that make them say, “let’s not go there.”

But that’s exactly what I want to do with them—to take them places where they normally wouldn’t set foot. So few people come along, though.

First published, in a slightly different version, in Gargoyle #61, in the summer of 2014.

Amused and Delighted under the Falling Sky 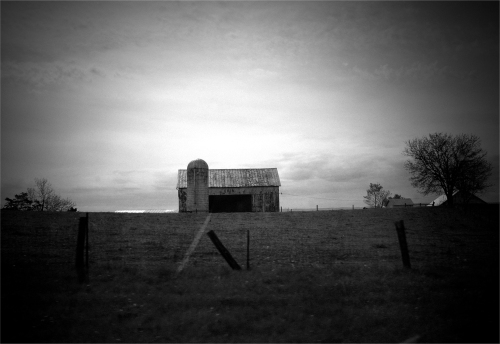 Poetry is fundamental like raw fish.
Not everyone likes it, but for those
who do partake there are benefits,
not all of which are about beauty
and music and elegance of thought.
Whenever I take a bite of raw fish
I feel like I’m not just feeding my face,
but my soul as well, though maybe
fundamental isn’t quite the right word.
I used to smoke, and when I breathed it in
I felt a lifting and a settling at the same time.
Whenever I read a poem my soul does
a flip or a kick, though now and then
it just slumps over, full but unsatisfied.
I am lucky to have never eaten bad sushi,
though I have at times read bad poetry
or written bad grocery lists that I mistook
for poetry, although what’s bad in poetry
is sometimes open to debate, and when
a grocery list is bad you close the door
to the refrigerator as an unshakable feeling
of disappointment comes over you.
Some people get poetry, some people don’t;
a woman I worked with who asked what
earthquake shoes were didn’t, another
who walked on Independence Avenue
on her lunch hour carrying her parasol and
teddy bear got it so much it was scary.
Sometimes we all get along, other times
we do battle like savages along the curves
of a muddy river, our prerequisites
the two horses that ride off to different
ends of the sunset. I once kept my
shoes next to where you stored your oats,
and the next fish I caught I laid in the fridge
next to your light pilsner beer. Then
once upon a time, like the Hatfields and
the McCoys swimming side by side
at the neighborhood pool, you got out,
dried yourself off with a big old towel,
looked me straight in what are sometimes
called my almond eyes and said, “It’s on.”

Searching for the Young Soul Rebels 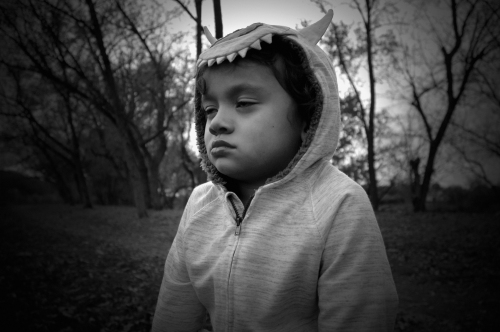 After writing an essay in my freshman English lit class
in which I discussed James Joyce’s Ulysses as the next
logical step for narrative after Ford Maddox Ford’s
The Good Soldier, my professor, who was also the head
of the English department, had me speak to him
after class not to congratulate me on an interesting
premise or encourage me regarding a bold though perhaps
failed attempt to create a coherent picture of the development
of the English novel, but rather to accuse me of plagiarism.
It wasn’t that he’d heard this idea before
from some upperclassman or had read about it
in some renowned scholar’s critical appraisal of Joyce
but because he thought it was unlikely that
a freshman like me would have already read
Ulysses. I read it on my own in high school,
I explained, and the idea to compare Ford Maddox Ford
to Joyce was mine, I pleaded, and what, I asked
was so unusual about a freshman having read books
on his own? I had to summarize Ulysses on the spot,
explain the parallels to the Odyssey, define interior monologue,
stream-of-consciousness, and the glory of Molly Bloom’s
soliloquy before he finally showed he believed
this idea, whether brilliant or half-baked or half-assed,
was mine with a reluctant, smirking curl of his lower lip.
And I walked away, having learned that I had no future
with the academy, that I’d never be sheltered by the ivied
halls of learning, and that maybe I’d better just start
watching my back, refining my steps, and reading between the lines
before speaking to anyone in charge.

Off the Exit to the Interstate

Just off the exit
from the Interstate,
the man with the red, white,
and blue American
flag painted on the wall
of his garage has the words
Love These Colors or
Leave This Country
printed beneath it
in big bold letters,
and when he sees me
drive past he nods
at me so slowly
I can’t tell if it’s
more greeting or threat,
and because in twenty-first century
America I must consider
how a single movement
or motion can
mean two completely
different things
depending on who’s
doing the perceiving,
I nod back briefly and
quickly so as not to be misinterpreted
or misconstrued and
continue down the road
thinking only
about the colors
of the things in this world I
truly love.

I love how the 1990s were like that.
Beginning with a war and ending
with an innocence, or maybe it was
the other way around. Days that went by
like speed, with sorrow filling out all
the weeks that went too slowly to feel
like anything else. Subway trains and
buses and taxis rushing like blood through
the boroughs carrying ideas and overdoses,
rolling over anything that dared to stand
still and holler, at a time when I was
a young man without envy and full
of patience. And I was an early evening
drinker sitting at the bar at the Holiday
Cocktail Lounge on St. Marks Place
when I went to the restroom, and
when I got back to the bar, “Damn,
Wish I Was Your Lover” was playing
on the jukebox. It wasn’t even on there
before I went to the bathroom,
and it had only been released by
Columbia Records ten minutes earlier
but there it was, coming out of the speakers
right after Joey the Ex dropped a quarter
from his greasy fingers and into the slot.
I looked and looked then figured out
that “Damn, Wish I Was Your Lover”
had replaced Neil Young’s “Only Love
Can Break Your Heart,” which made me mad,
but then I started listening and suddenly
there was a history: a girlfriend with whom
I used to listen to that song and who told me
I was the first person she thought of
when she heard it, the first person she
thought of whenever she heard about
someone dying but somehow I survived
and I felt sad because we’d broken up
and I missed the way she said the word,
“incredible.” And it wasn’t just me,
because everyone in the bar now had
a history with this song. The gray-haired
woman tending bar knew the lyrics by heart.
The old Polish guy sitting next to me
started tearing up and grabbed a napkin
to wipe his nose, while the kid with the red
bandana wrapped around his shiny black hair
and who was playing pool stood back from
the table and closed his eyes for a half second
that seemed to last forever, while a woman
with pink hair and horror film lipstick felt
a sudden switch flip when she exhaled that
last drag from her cigarette and thought nothing
but words that were so fucking earnest and slid
down from her stool in a way that was so
goddamn beautiful and so goddamn slow.
And I was a young man full of envy who
couldn’t wait to escape my skin, wishing
to know everything the city could tell me
and feeling it in the bent straw I stepped on
with the rubber sole of my flat, black shoe,
and through the vast determined stretch
of empire that stood so sternly before me
and attempted to pull everything in its path
up into its warm, almost loving embrace.