A Brief Meditation on the Days as They Rise 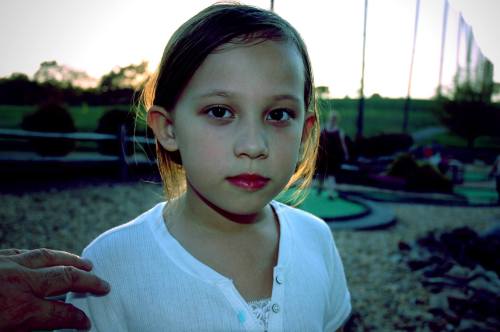 The other night my wife and I were talking about the murder of Walter Scott when our eleven year old daughter asked, “Why?” And she looked at my wife and me. She looked for what felt like a long time. Exactly why would a policeman shoot an unarmed man—Walter Scott—in the back eight times? She knows about what happened to Trayvon Martin, Michael Brown, Tamir Rice, Eric Garner, Freddie Gray, and so many others. She knows that these things happen over and over and that they have happened countless times when there was no one around to tell anyone.

As for what exactly happened, we tell her the truth. I shudder to think of the parents out there who, when their children ask them, will say that the policeman thought he was in danger. That it was an accident. Or that the person who was shot had used drugs, or had stolen something. Anything to justify the murder of the innocent. And anything to help perpetuate the continued privilege of whiteness. Which isn’t to say that when Michael Slager shot Walter Scott he didn’t feel danger of some sort. It’s just that it wasn’t physical danger. Because when he shot Walter Scott in the back, when he shot a man who posed no physical threat, what was in danger and what he was trying to protect was the order that was in his head. An order in which his own life mattered, but that of the man running away from him didn’t.

At this young age, our daughter is learning about injustice and inequality. There are some children who have to learn about these things at an even younger age, and about how the cloak of privilege provides protection for others, but not for them. Then there are those who will never learn, whose privilege will allow them to lead lives spent in pursuit of simple entertainments, and who will never learn to ask a question more complex than, “What’s in it for me?” This, our daughter has learned, is not the first question to ask.

And when she asks “Why?” it’s not simply the asking of a question. What she’s saying is, “I can’t believe this is happening” as well as “We can’t let this continue to happen.” And as for the look in her eyes, it seems that she’s asking, “What do we do now?” It’s a question she’s asked for years now, as in this photograph taken five years ago shortly before her brother was born. All of which is saying that it’s a question to ask in times of joy as well as in times of sorrow. All of which is saying that every day, one way or another, we must try to rise.

The Beginning of My Marathon of Past Lives

I was just on the computer, when my young son Julien came by. He said he wanted to see the video of me when I was younger, so I showed him this. I’d shown it to him once about a year ago. He didn’t seem to realize, back then, that it was me in the video. Today, though, he looked back and forth—from the screen then to me. Then he smiled. Which means that he’s reached that stage where he realizes there was a time before him. And that, like all the other people out there in the world, I have a past.

These Down and Out Days in the Land of Everything

You can tell me all you know about love and glue, how body parts fit and rub, wrap around each other like leafy vines, or of hurricane winds blowing out words so loud, so wet you can’t understand what’s being meant. There are seaside towns where the scent of candy fills the air, with fast carnival rides run by gray-faced men who’ve never had to wear a suit at any single point in their lives. But there’s nothing greater and nothing sadder and sometimes nothing else in the world but these accidental, passed-out lovers on a park bench who never meant to touch—though who really knows? One lying on his back, his hair falling down to dirt; the other on top, almost praying, almost singing something other than the blues.

Another Anti-Capitalist Manifesto in Celebration of the Spring

Love is everything that isn’t despair.
I am almost tempted to say this even
though I don’t believe it’s true because
there are so many things in-between.
A competition lost is sad but not quite
despair and doesn’t come anywhere
close to being love. But there’s something
about love that’s as beautiful as losing,
as essential as that failure, that falling
from which you stand up because there’s
a blackbird on a branch that that you need
a better look at. And I love these evenings
when it seems I’ve accomplished so little.
When we feel as if we’re lying back on
damp grass when we’re really indoors, sitting
on these creaky wooden chairs, inspired by
the sounds that escape every time we move.