Brief Moments at the Oasis 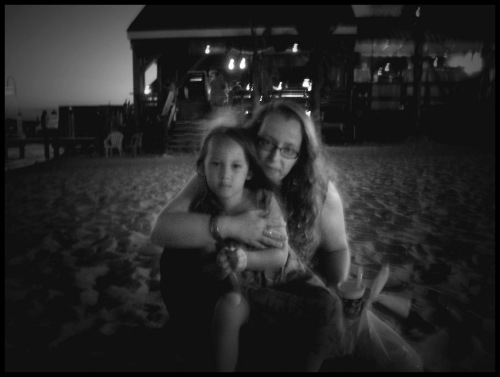 On the way to pick Maggie up from her weaving class, I slowed down on Chester St as the car ahead of me suddenly slowed down as if the driver were about to turn—though he didn’t use his signal—onto the parking lot behind the Gazebo. But instead of turning he drove past the entrance to the parking lot and toward the curb. Thinking he was just going to double park, I started moving around him when he suddenly started pulling out into the middle of the street. Again, I stopped my car. When, after a moment, he didn’t move, I started moving ahead. That was when he suddenly started backing up into the entrance to the parking lot, then stopped again. I drove all the way to the left to get around him and looked out the passenger side window. He was this grimy, forty or so year old guy with a bushy moustache who to me looked like a strung-out, small town version of Freebo, the bushy haired, bushy mustached session musician who played bass for Bonnie Raitt for much of the 70s.

I’d always thought Freebo was cool. He looked like the fun guy in the band, the guy who knew how to party and get wild without being scary. That he was also one of the musicians in the band during the “Black Death” skit Richard Pryor did during the brief run of his 1977 TV show made Freebo seem even cooler to me. This was the skit where Pryor, dressed in a P-Funk inspired costume, fronts a heavy metal band which brings the crowd to a frenzy before actually gunning them down. It was the skit that I watched with my mother who, when it was over, said approvingly that it “was far out.” It was also a skit that would be hard to pull off nowadays.

As for the small town Freebo I encountered, he wasn’t cool. I don’t know if he was drunk or just inconsiderate, but when I looked over to him he didn’t say something like “Sorry, couldn’t make up my mind where I wanted to go” or even “Go ahead around me.” No, what he said, drawn out by his pancake-tongued, southern drawl, was “Fuuuuuuckkkk Yooooooouuuuu.”

That wasn’t surprising. Small towns do have a lot of warm, pleasant people, but they’ve also got more than their share of people who, whether they’re racists or just small-minded clowns who think they’re protecting their small town turf by being belligerent to anyone they think is an “outsider,” are total assholes. Anyone painting some pleasant picture of small town America as some quaint, beautiful, totally welcoming world is tripping like the Summer of Love never ended.

But what was surprising was what I did after my small town Freebo said, “Fuck you” to me. Or rather, what was surprising was what I didn’t do. And what I didn’t do was answer him with my own barrage of Fuck Yous or Go To Hells. No, I didn’t reply at all—I just looked at him the way I’d look at something that was far in the distance even though his car was just a foot away from mine. I just looked at him and drove off.

Now, it wasn’t because I had Julien in his car seat behind me that kept me quiet. Time after time on the road, I’ve let loose with fabulous angry curses, even with Maggie and Julien in the car, and just a couple of weeks ago, I remember, I was freaking out about nearly everything. And the fact is, I don’t really know what kept me calm. But what I began to wonder was that if somehow a sense of contentment was something that could blindside you just like all the bad things. That a sense of distance from whatever disturbs you can sneak up on you like a breeze from off the ocean, and that wisdom and the sense of perspective it brings move toward you in subtle, and beautiful ways.

Or maybe I just wasn’t fucking awake enough to yell back at that country motherfucker. I’d woken up half an hour earlier from taking a nap with Julien (my insomnia the previous night had allowed only about two hours of sleep) and I was still moving kind of slow. My brain was probably moving pretty damn slow, too.

This photograph of Maggie and Heather was taken a few years ago on the sand outside the Rusty Rudder in Dewey Beach, Delaware. This spot, distant enough from the noise coming from the bar and back deck of the Rusty Rudder, always seems to fill me with a sense of contentment. And it fills me with this in ways that are subtle and beautiful.